Now that the entertainment world is caught in the Streaming Wars, let’s give credit to the content provider that fired the opening salvo.

You still watch Netflix on the regular, don’t you?

Sure, competitors like Disney+, HBO Max, and Prime Video are gaining plenty of ground, but the streaming service that claimed dominance in the 2010s is far from vanquished. If its Q3 2022 report is any indication, Netflix will continue to be a juggernaut for years to come.

Want to join its ranks? Here’s your chance!

Netflix is looking for an administrative assistant who can help out one of its West Coast teams (either in Los Angeles or Los Gatos). Just like hundreds of other employers in need of administrative assistants, Netflix would like to work with a highly organized individual who can pull off an assortment of tasks with flexibility and gusto.

(In Netflix terms, perhaps someone who’s a cross between Five Hargreeves from The Umbrella Academy and Jane Hopper from Stranger Things? You get the drift.)

What responsibilities will I handle?

Here’s how Netflix sums up the role of an administrative assistant: “This is a demanding and fast-moving position that requires someone who is able to exercise good judgment and significant initiative.”

That last part surely brings to mind The Queen’s Gambit, and we’re inclined to think that the work of the administrative assistant will be akin to playing multiple rounds of chess in a day.

Here are some of the responsibilities an administrative assistant needs to shoulder:

What can we glean from these details? As far as the administrative assistant position goes, Netflix wants someone with strong interpersonal skills, not to mention an uncanny power to maintain order across the workspace (whether physical or digital).

What qualifications do I need to have?

Now that you have an idea of what a Netflix administrative assistant does, you can take a look at the specific qualifications the company is looking for:

The estimated salary of an administrative assistant is between $4,166 and $5,833 a month. Not bad at all!

If all the descriptions above fit you to a tee, head over here to apply for the Los Angeles post. In case you’re interested in joining the Los Gatos team, click here.

(No word, though, on whether new Netflix hires will be privy to spoilers for the second season of Squid Game. Then again, would you really want those spoilers?) 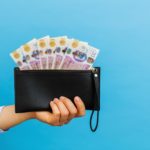 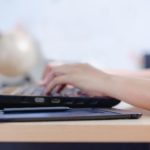