Have you ever forgotten to respond to an email, shown up late for a meeting, or taken a slightly longer lunch break? It might make you feel better to know that your misdemeanors at work are minuscule compared to what went on at these companies.

The most massive bankruptcies in the history of the United States were influenced by different factors. Some were the result of human error, including accounting scandals, money laundering, and poor sales; others were largely out of anyone’s control, such as bankruptcies triggered by natural disasters or a plummeting world economy.

Some of the companies forced to declare bankruptcy were large banks, car manufacturers, and savings and loan companies, but there were two years where a different industry saw an astonishing number of corporations fold. Check out the infographic from TitleMax to understand where, when, and how these once powerful companies went under.

So, if you haven’t been involved in a devastating financial scandal that has landed you and your colleagues in prison, go ahead and pat yourself on the back! 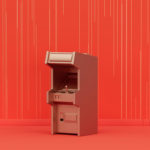 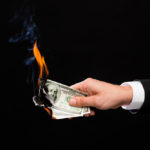