Humans have a profound fascination with objects hurtling through space. In the expanse of the cosmos, we are but insignificant specks looking up at the sky and wondering, “Is that thing going to hit us?”

That’s how you get films like Armageddon. Or Deep Impact. Or that Sean Connery film that bombed.

So, what do you do when you identify the location of meteorites that are possibly 4.5 billion years old? Why, you make a pistol (or two) from the precious metal, of course!

This was the grand vision of Cabot Guns, a Pennsylvania-based manufacturer. Maxim describes the company as “one of the world’s top makers of collector- and investment-grade firearms.”

In 2016, Cabot Guns lived up to this billing by completing the Big Bang Pistol Set, a pair of handguns made from one of the so-called Gibeon meteorites. This isn’t science fiction anymore, folks. These meteorites did crash on Earth, and a firearms company did take chunks from one to make guns.

Around 600 million years ago, more than 150 fragments of an enormous meteoroid landed in present-day Namibia.

Fast forward to the era of human civilization. The Nama people (who came to inhabit the southern parts of Africa) discovered that the meteorites made for some pretty darn good material, so they utilized the metallic content for—surprise, surprise!—weapons.

Apparently, wildlife in those parts was struck down by spearheads of extraterrestrial origin. That’s…significant, we guess?

In the 19th century, the meteorites came to the attention of Captain James Edward Alexander, a Scottish traveler. Thanks to his work published in 1838, the meteorites gained international recognition. Around this time, they came to be known as the Gibeon meteorites—a name inspired by the adjacent village of Gibeon.

Out of this world, state of the art

Cabot Guns, of course, wanted to make more than spearheads.

Somehow, someway, the company acquired a 77-pound chunk from the Gibeon meteorites. In 2015, it began forging the material into firearms.

As for the effort exerted to accomplish this, Cabot Guns might as well have been Bruce Willis’ team on that Texas-sized asteroid. As detailed by Robert Farago of Robb Report, the Cabot Guns team used intricate techniques such as X-rays, EDM wire cutting, and 3-D modeling. Over the next year, they invested “endless hours of expert care to fashion the first-ever meteorite firearms.”

The company website further specifies that bimetal support was added “only to the frame/slide rails, hammer, guide rod, and extractor.” The other components are made of metals from the Gibeon meteorites.

The Big Bang pair, which was completed in 2016, is fully functional. Thanks to their National Match barrels, these verified pistols are accurate as well. For what it’s worth, though, Farago speculates that once purchased, neither gun will be fired in either leisurely shooting or self-defense.

Indeed, why would anyone pull those triggers? While life-and-death situations are a different story altogether, there’s something undoubtedly surreal about having a piece of technology made from material that’s as old as our planet.

For anyone to have the right to brandish these remarkable pistols, they’d first have to buy them. Unsurprisingly, no one has yet coughed up the $4.5 million Cabot Guns is asking.

Did we mention that these pistols are one-of-a-kind (or is it two-of-a-kind?) and that they probably wouldn’t be duplicated in the foreseeable future?

Not to worry. Just call dibs on the next meteorite penetrating the atmosphere. Either that or you can search for the one that landed in Wakanda. 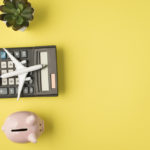 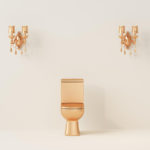