Vacation time is priceless–many people save money for a whole year just to take a trip that will satisfy their wanderlust. Thus, nothing is as upsetting as when the reality of it is a massive letdown.

An eager Redditor going by u/tade757 kicked off a viral discussion on r/AskReddit, asking the millions of members in the forum “What famous place is not worth visiting?” The thread got thousands of votes and comments.

In this article, we give you a detailed breakdown of some of these overrated attractions.

For many local lore enthusiasts and history buffs, Plymouth Rock is revered ground.

However, not everyone feels nearly as much ardor for the iconic rock. “Plymouth Rock in Plymouth, Massachusetts, is literally just a small rock,” Redditor u/Urban_Disaster replied.

Some people find its origin narrative far-fetched. Others consider it annoyingly small. Many also would love to touch it (which is not allowed).

Redditor u/browncoat47 replied, “Plymouth Rock… is a rock surrounded by a cage with a date on a shitty cold beach. That’s it. No, you can’t touch it.”

According to some Redditors, there is really no reason to visit Times Square. They pulled no punches when criticizing the famous landmark, pointing to at least two reasons for skipping it: its glaring excess of electronic advertisements and that fabled New Year’s Eve celebration.

Redditor u/MariachiBandMonday wrote, “I work close to Times Square in Manhattan. If you have an ad blocker on your computer, you will hate Times Square.”

Redditor u/Roman_fyseek added, “Times Square on New Year’s Eve. Just forget it. It has never been worth it.”

You have seen it countless times on TV and in movies; however, the Hollywood Walk of Fame has let down many tourists in its time.

In the heart of Hollywood, tourists can see the vast gilded walkway paying tribute to renowned showbiz figures, both past and present. In reality, though, the Hollywood Walk of Fame is just a glorified pedestrian stretch.

Redditor u/CaninseBassus criticized the 1.3-mile-long monument, noting it was covered in dirt most of the time, and some of the plaques honoring Hollywood’s biggest names were “barely legible” for lack of regular maintenance.

There are plenty of other ways to catch a glimpse of celebrities in LA.

You may have seen it in movies, but according to many people, this place isn’t worth your time and money. It’s all fiction.

“Of course I love Sherlock Holmes, so as a tourist I took the tour. Not far into walking around the house, it dawned upon me… this is a fake set of a fictional character. What am I doing here?” Redditor u/Remotely remarked.

If Sherlock Holmes was actually a real person, it would definitely be more exciting. However, all you do is wait in long lines and crowd in cramped spaces that have been furnished with cheap mannequins. You will likely give up in the first room or laugh your way through the rest.

Other landmarks and destinations Redditors mentioned in the viral thread include:

Despite some poor rankings and unfavorable Reddit comments, eager tourists keep streaming to these destinations in the millions, and they probably will for many years to come. And like thousands of other tourist destinations worldwide, these attractions will continue to spark debate on the web. 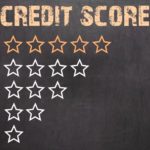