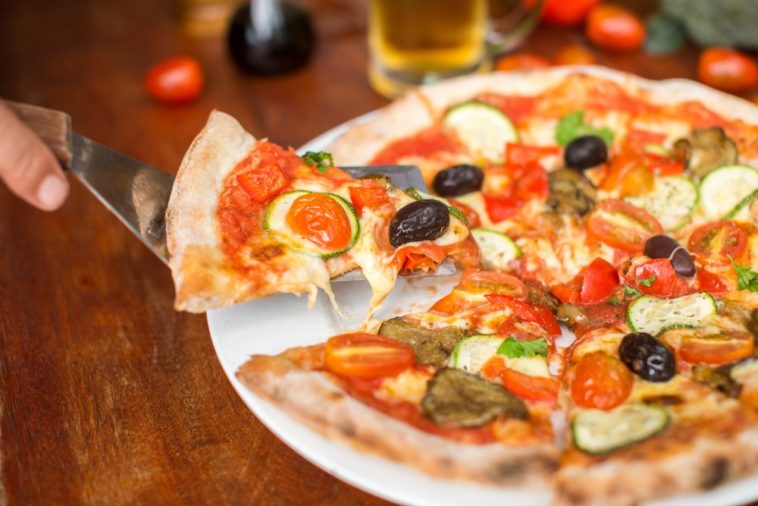 Not the actual pizza. This looks way better than the Papa John's pizza Laszlo ordered.

On May 22, 2010, Laszlo Hanyecz just wanted to eat pizza—two pies from Papa John’s, to be specific. The thing is, he used neither cash nor credit card for his transaction. For some reason, Laszlo decided to use a new type of currency to pay for his food.

Little did he know that his stomach’s craving would lead to a milestone in the history of human finance. Today, this currency has generated a dynamic space for investors and entrepreneurs—and if it weren’t for a Florida resident’s need for nourishment, this venture might have taken longer to get off the ground.

So how did Laszlo get his hands on his pizza? By spending 10,000 Bitcoins.

To be clear: Laszlo did not directly pay for the pizza using his cryptocurrency. Instead, a trade-off happened with the assistance of a teenager thousands of miles away.

Laszlo posted his Bitcoin-for-pizza proposition on a cryptocurrency forum, where 19-year-old student Jeremy Sturdivant took notice. Though the request was highly peculiar, the California-based Sturdivant agreed to the terms. He sent two pizzas from Papa John’s to Laszlo’s residence, receiving the Bitcoins in return. By taking part in this exchange, Laszlo and Sturdivant conducted possibly the first commercial transaction involving Bitcoin.

The Impact of Bitcoin Pizza

This transaction sounds ludicrous today, but consider this: at the time that Laszlo and Sturdivant closed their deal, Laszlo’s 10,000 BTC was worth about $40. Nowadays, the same amount would fetch hundreds of millions of dollars. Talk about some expensive pizzas!

To commemorate this historic transaction, May 22 came to be known as Bitcoin Pizza Day among the devoted users of crypto. In 2021, Bitcoin Pizza Day was highly festive as crypto companies celebrated the event’s 11th anniversary in their own special ways. Anthony Pompliano, founder of Morgan Creek Digital, sent out the following Tweet: “Today I am announcing Bitcoin Pizza—a new national pizza brand that is launching in 10 cities.”

In addition, competitions were held by crypto exchanges such as Binance and Huobi. The former reportedly conducted an NFT promotion, in which the winner would receive $52,200 worth of Bitcoin pizza. The latter, meanwhile, supposedly ran a $22,000 prize pool, with one user winning as much as $5,220.

Amidst the enormous cash flow, Bitcoin Pizza Day imparts a valuable lesson to every individual engaged in business: don’t underestimate the value of any asset. Whether it’s cash, stocks, or the latest iteration of cryptocurrency, you need to handle each financial resource with utmost care. Or, at the very least, don’t spend 300 million dollars on a couple of pizzas.