Have you ever been discouraged from discussing your salary with a coworker? Do you have the sneaking suspicion that you’re earning more or less than your male or female colleague for doing the same work?

Women have been screaming it from the rooftops for decades: A gender pay gap in the United States not only exists but persists, with only small steps forward over the years. The gap widens or narrows depending on broadly discussed factors such as race and ethnicity, but something not talked about as frequently is the pay discrepancies based on industry and occupation.

How much do gender stereotypes affect the pay gap? Since some of the largest disparity exists in traditionally male-dominated industries, such as financial services and warehouse work, it appears that biases based on preconceived notions about ability are alive and well.

Some industries accomplish controlled pay equity, but others struggle regardless of whether the study was controlled or uncontrolled. For a visual representation, check out the chart below, and for all the women out there—it might be time to ask your boss for a raise. You deserve it. 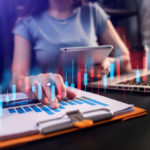 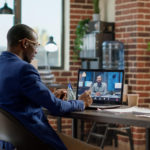