Imagine having a net worth of 2.4 billion dollars just after your high school graduation!

That’s a lot of wealth to manage before you can run for office or buy a beer in the United States, but it’s the reality for Kevin David Lehmann, the youngest billionaire in the world. Lehmann inherited his money from his grandfather and now owns half of the largest drugstore chain in Germany.

The 19-year-old is in good company. Though he’s the youngest, several of his peers are similarly loaded. According to Forbes, a few of the super-rich youngsters are heirs, like Lehmann, but a growing number of budding billionaires work in tech or cryptocurrency.

The list includes Ryan Breslow, a Stanford dropout who has brought home some serious bacon from his startup Bolt; Gustav Magnar Witzoe, the heir to a sizeable fortune in salmon farming; and sisters Katharina and Alexandra Andresen, who are shareholders in their family’s investment firm and, notably, the only women who made the list.

To see exactly how much money these young people are worth, check out the graph below from Statista.

If it takes you one second per number to count to a thousand, you’d reach your goal in about 16.5 minutes.

Now, close your eyes and visualize the number 5.9 billion. How long would it take you to count to that? 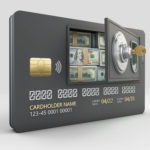 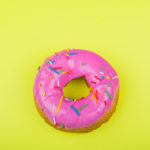