If you’re from a certain generation, you remember the emergence of the Nerf craze like it was yesterday.

From the world’s “first official indoor ball” back in 1969 to the living room baseball of 1983, Nerf has offered millions of kids a plethora of playtime options while also giving parents more reasons to hyperventilate over damaged picture frames.

There’s no denying that the youngsters of the late 1980s and early 1990s were especially fortunate. In 1989, the Blast-a-Ball was introduced to the world of simulated warfare. These long-nosed blasters, which could supposedly launch ballistic balls as far as 30 feet away, came in twos so that you and your buddy could annoy each other till your favorite TV show came on.

Then the 1990s rolled in, and all hell broke loose.

With Hasbro’s purchase of the brand in 1991, the production and distribution of Nerf had nowhere to go but up. That same year, the first-ever Bow N’ Arrow Nerf gun hit the shelves, and a year later, the dart blaster known as the Nerf Sharpshooter came out. We don’t have the exact numbers, but we think it’s safe to say that millions of Gen Xers got Nerfed.

Nowadays, Nerf guns make up a significant chunk of the toy line’s robust annual revenues. Of these plastic armaments, which are the most expensive ones on the market at present?

Soon after the Nerf Sharpshooter came out, it became apparent that the efficiency of firing plastic ammunition could be improved. Enter the 1992 Master Blaster, which boasted two barrels that could store up to four balls apiece. According to The Richest, the average price for the Master Blaster is $150.

That’s the same price that the N-Strike Mega Mastodon Blaster can fetch. Released in 2016, it has a rotating drum that can store up to 24 darts and launch them more than a hundred feet away.

Eerily enough, Nerf dabbled in drones before those flying contraptions infiltrated the mainstream. The year 2014 saw the release of the TerraDrone, a remote-controlled gizmo with a rotating turret from whence the lethal darts flew.

Let’s be honest, though: the TerraDrone—also worth around $150—is not a pretty sight, and it’s no surprise at all that this toy has been discontinued.

Nerf sure loves to go medieval, doesn’t it? Back in 1995, it introduced the Nerf Crossbow, which sold for around $25. This distinctly purple gadget, which shoots both darts and arrows, now sells for up to $200 (as per Wealthy Gorilla).

Proving that it can be adept at futuristic designs as well, Nerf released the Vortex Pyragon in 2012. Looking like the prototype of some Star Wars prop, the Vortex Pyragon fires off discs in rapid succession. As per The Richest, this high-capacity entry in the Vortex series can go for as high as $230 on the market.

And the award for the most expensive Nerf gun goes to…

Honestly, this one’s a bit anticlimactic.

Apparently, the Nerf Max Force Manta sells for $250 on the market today. Why exactly?

Maybe it’s the innovative shield/blaster design, which enables this gun to shoot darts from its barrels and block incoming assault with its body. Maybe it’s the animalistic vibe—after all, it does look like a Manta Ray. Or maybe it’s because this gun came out in the mid-1990s, making it a relic of a bygone era.

Whatever the case may be, the Max Force Manta’s hefty price tag clearly illustrates a reality that we all have to accept: When it comes to leisurely pursuits, you can play like a child, but you have to pay like an adult.

So, if your wallet is locked and loaded, keep stacking up the Nerf ammo. There are darts to fire and lasers to light up. Good luck! 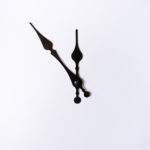