Efficiency is a huge thing in Japan, like Godzilla-huge. The Japanese like to get things done quickly and neatly, so it’s no surprise that they are among the world leaders in cutting edge technology.

If you’re looking for surprises, though, look no further than their vending machines.

Weird doesn’t even begin to describe these miniature department stores that are all around the streets of Japan. (As of December 2021, there is roughly one vending machine for every 31 people in the country!) After all, why stick to water bottles and soda cans if you can stuff more exciting items into those havens of convenience?

In short, Japan’s vending machines give you stuff that you need, stuff that you want, and everything else in between. The next time you take a stroll around the streets of Tokyo, keep in mind these fascinating quirks.

Hungry? They’ve got you covered!

If you have the munchies, these vending machines give you a ton of options. Want your food hot? Go grab hamburgers and hot dogs, as well as gyoza (a local dumpling) and Takoyaki (the so-called “octopus balls”). Meanwhile, if you have time to cook, you can get bags of rice, noodles, eggs, and lettuce as well. And don’t forget your bottle of flying fish soup. (Yes, you read that right: a bottle containing a full fish submerged in a popular broth known as dashi.)

As for the need to quench your thirst, there’s a unique way to do that if you’re passing through major railway stations in Shinjuku or Akihabara. There, you’ll meet Sakura-san, an AI concierge that will offer you a drink from her machine. All you have to do is to let her run her facial recognition software, so that she can make judgments on your age and gender. Bottoms up!

These machines have a sense of fashion as well

While you’re enjoying that sumptuous Takoyaki, a morsel can break off and stain your shirt. Fashion emergency!

Don’t worry: canned t-shirts are a fad in Japan. These shirts come in several sizes and colors, and they’re quite affordable, too. While you’re not exactly going to stand out—because, chances are, you’ll come across a handful of folks wearing the same shirt—at least you took care of that emergency, right?

You can also get accessories, such as neckties and socks with a sushi design (seriously), from vending machines on the street. And, if you’re lucky, you can get your hands on a nice camouflage watch. You know, for the next time you’re evading a sword-wielding assassin in a grove.

Let’s get practical for a moment…

Here’s a threat that’s more commonplace than katanas on the loose: rain. Even the ultra-prepared Japanese are prone to forgetting their umbrellas from time to time. Thankfully, vending machines containing umbrellas for rent can bail them out!

Now you might be thinking, how would the “rental” part work? Simple: it’s an honor system. Anyone using an umbrella from these machines is expected to put them back right where they found them. Now who would want to break such a sacred pact, especially when Japan’s summer humidity is acting up?

Other practical items offered by vending machines include surgical masks (which, at this point, have taken on such incredible importance), personalized seal stamps, and business cards (a must-have if you want to sustain your professional relationships in this country).

…but let’s talk about beauty, as well

The Japanese have a fierce passion for aesthetics, and you’ll find this passion translated into a couple of vending machine offerings that you won’t find elsewhere.

First, you’ll find entire floral arrangements. We’re not talking about a few roses here and there; we mean full bouquets that are nicely put together. Those are pretty convenient gifts, yes? (Actually, they’re pretty, full stop.)

Also, the Japanese have a special place in their hearts for origami, the nifty little art of paper folding. Here’s something else that’s heartwarming: in the city of Nikko in the Tochigi Prefecture, certain machines offer origami works created by individuals with special needs. Moreover, these artists are employed as part of the Wings of the Crane project, which seeks “to give customers a window into the lives of people with disabilities.” Now that’s beautiful.

And now, the WTF category

What about those items that don’t neatly fit into the practical or aesthetic categories? In case you encounter products like these, you have officially ventured into the vending machine twilight zone.

Lastly, and for some inexplicable reason: 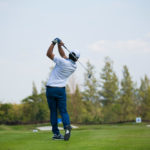