What can you buy for $7.25? In some states, you can’t even buy a gallon of gas. Yet, the federal minimum wage remains stubbornly set at a number that looks more laughable with each passing day, especially when you account for deducted taxes.

If you want to go to a movie at a national theater chain, it’s probably going to cost you two hours of work. Buying a single textbook for college could cost you 15 hours of work. And rent? Forget about it! There’s nowhere in the United States right now where a single person can afford to live alone while making minimum wage.

Some states have tried to keep up with the cost of living, but their attempts are still nowhere near enough. Others have their minimum wage set below the federal minimum although they are required by the National Conference of State Legislatures to honor the $7.25 hourly rate set by the United States government.

To see which states are trying to stay ahead of the curve and which are still lagging, check out this chart from Statista. 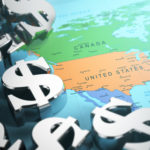